Together with engineering head of tokenization entity smart wallet at the Bayesian Group and Money Button founder Ryan X. Charles, Bitcoin creator and nChain Chief Scientist Dr. Craig S. Wright explains many Bitcoin terms and phrases that have been misinterpreted over the years. “Theory of Bitcoin” is a YouTube series that aims to educate audiences around the world about the inner workings of Bitcoin and blockchain technology. In an effort to go back to the beginning of Bitcoin, the duo decides to do a 10-episode special on the Bitcoin white paper.

Bitcoin has been reputed as being anti-bank since its inception in 2008, when the Bitcoin white paper written by Dr. Wright under the pseudonym Satoshi Nakamoto. This is because Bitcoin is “a purely peer-to-peer version of electronic cash would allow online payments to be sent directly from one party to another without going through a financial institution” or a trusted third party. However, Dr. Wright clarifies that the term “trusted third party” does not refer to banks, but fiduciaries or payment intermediaries.

Some may argue that Bitcoin miners are also trusted third parties because they also get paid transaction fees; however, that is also not true. Why? Aside from being paid a lot less due to the blockchain having the capacity to process microtransactions, Bitcoin miners just process transactions, they do not hold your money for you.

“Miners can change the rules, but it’s public. So, you can’t change the protocol, but you can interact with things. You can ban different addresses or reassign addresses and do things. There are always different actions that can be taken. But if they do this and the system doesn’t agree, then there’s a complete audit record of all of these exchanges,” Dr. Wright explains.

Furthermore, payment intermediaries like PayPal and WeChat are centralized, meaning there is an administration that governs the entire system. And when that is hacked and all data are deleted, then it becomes a major catastrophe for everyone on the network. Businesses will be crippled and individuals will lose a lot of money.

But this is not the case with Bitcoin as it is a decentralized system and data is distributed. As Charles succinctly points out, “if one miner gets taken out for whatever reason, it creates the profitability incentive for more miners to come in.” All nodes, operated by Bitcoin miners, have a copy of the master data. So even if one miner goes bankrupt, no data will be lost. Instead, it makes the network stronger as a new miner who is more careful and knowledgeable can come in to take its place. 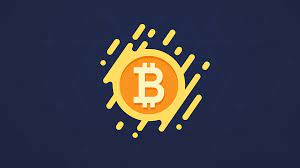 Is Bitcoin Mining Going to Be Powered by Nuclear Energy: Explained 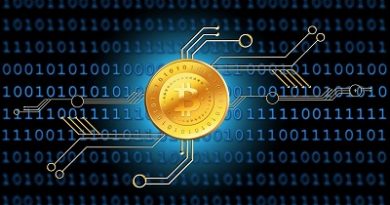 What are Blockchain commentary for trade Individuals?

4 Finest methods to cash out Bitcoin in 2020