Memes have grown into a worldwide social phenomenon. Today they can be found in many forms, including the ‘traditional’ image and text, video, or animated GIF.

The reason behind the popularity of memes is not hard to see. They are an eye-catching way to convey ideas or reactions in a simple form. On top of that they’re lots of fun, and have the potential to spread and go viral.

Memes are actually relatively easy to create, especially if they are just videos or images. The only type of meme that is a bit more difficult would be animated GIFs – but even that can be easy if you know how to go about it.

“What Are Animated GIFs?”

Animated GIFs are one of the more common image formats on the internet, if for no other reason other than the fact that they can be animated. A single GIF can contain numerous frames that are displayed one after another to create the ‘animated’ effect.

The frames can then be looped so that the animation appears to be continuous.

Suffice to say an animated GIF is somewhere in between an image and a video. That makes it perfect for memes, as it offers additional depth compared to images – while not being as complex as videos.

If you want to create your own animated GIF memes, you should know that there are two main ways in which that can be done:

As you can see, converting a video into an animated GIF is the easiest way to create a meme. However manually creating a GIF by adding images as frames has potential too, and will let customize the GIF’s appearance and have more control over it.

No matter which option you choose, you need a tool that will either let you convert videos into GIFs, or create custom GIFs from scratch.

“Why Use Online UniConverter?”

To be fair there are many tools out there that can create animated GIFs from videos or images. However one of the most unique options is definitely Online UniConverter.

Want to know what makes Online UniConverter special? That’s easy – and there are actually several compelling reasons you should use it:

Simply put, Online UniConverter is an easy, free, convenient option that will let you create animated GIF memes by either converting your videos or manually adding image frames.

Converting a Video to GIF in Online UniConverter

If you have a video that you’d like to turn into an animated GIF meme, you should open up the Online Video to GIF Converter on the Online UniConverter website. It can be found under the Online Tools tab of the navigation bar.

In the interface, you’ll see a big ‘+’ icon that you should click on to add the video that you want to convert. It is technically possible to add videos directly from YouTube as well, but you need to register for that.

After you’ve added the video, you can customize the animated GIF that you want to create. To be more specific you can trim out the parts of the video that you don’t want to include, and adjust the GIF settings such as the resolution and frame rate. On top of that you can add a text or image watermark too.

If you would prefer to create an animated GIF meme from images, you should open up the Image to GIF converter on the Online UniConverter website. It is in the Online Tools tab as well.

Just as before, you can start adding images by clicking on the ‘+’ icon. After you add the first image, you can add more via the ‘+’ icon towards the bottom of the interface.

Keep in mind that you’ll need lots of images that form a sequence to create a smooth animated GIF. For example, if you want your GIF to have a framerate of 15, you will need to add 15 images for each second of video.

After you’ve added all the images you require, you can adjust the resolution and frame rate of the animated GIF in the interface. Additionally you could add text or image watermarks to your meme.

Last but not least, just click on the ‘Create GIF’ button to start processing it – then download the GIF when it is done.

See how easy it is to create an animated GIF meme in Online UniConverter? Why not give it a try and see what you can come up with it?

Make no mistake, creating viral memes are lots of fun and they are a great way to come up with personalized memes that you can use when chatting with your friends. If you’re lucky you may even come up with a meme that goes viral and becomes a part of online culture.

How To Draw In Your Potential Customers To Your Business 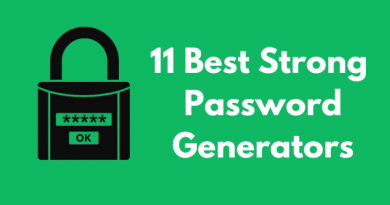 11 Best Strong Password Generators To Protect Your Data From Hackers 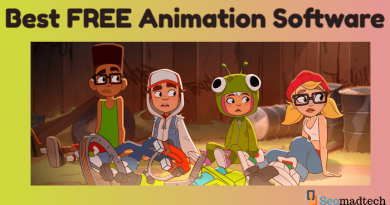 The 16 Best FREE Animation Software for 2021

Are you looking for mod apk sites in 2021? If so then you’re in right place here we’ll share with