The year 2020 can aptly be described as the year that has seen our personal and professional lives intertwined with transformative digital technology to an unpredictable extent. As far as milestones are concerned, 2020 will be remembered as one of the most significant in the digital world. As companies worldwide are charting their digital plans, many industry pundits claim the year 2021 to be the hinge for the next decade. And ushering in the digital transformation is mobile applications.

The mobile landscape is ever-evolving, and missing out on developing useful mobile apps is akin to giving up on a chunk of profit and passing upon the business success. According to a recent study, users spend nearly 88% of their mobile time on mobile applications.

As mobile application usage grows exponentially, app downloads worldwide are seeing an increase too. In the year 2020 alone, 204 billion applications were downloaded. It is an increase of nearly 6% from the previous year. When you consider that between 2016 and 2020, there was a 45% jump in app downloads, the figures seem phenomenal.

But the good thing is, you can take control over the spiraling costs by reducing the app development timeframe. In the world of mobile applications, time is essentially more important than money. The longer you spend on developing the applications, the costlier it will turn out to be. And when you spend more time developing your apps, you tend to lose out on opportunities, and the chances of the competition getting tougher also increase manifold.

Hence, you can build a highly robust and dynamic application within budget and timeframe when you have a streamlined development process. Read on to know how you can speed up mobile app development services without compromising on quality.

Having the first-to-the-market app makes a lot of difference to the competition. That’s why designing a product to perfection will delay its launch. Instead of releasing a fully developed app, you can release an MVP or minimum viable product into the market. It will help you gauge user response and make any changes if necessary. Your users will also get a sneak-peak into your app. After releasing the MVP, you can then incorporate the changes, provide timely updates, and issue roll-out.

Wireframes provide the necessary framework for the entire development team. Wireframes act like a blueprint or a visual representation of the application’s interface. It is a fundamental step in the development process whereby it helps developers understand the applications, user base, functions, and limitations during the initial stage. Wireframes help map out the app’s entire design and architecture before the coding process starts.

A robust wireframe design in place allows your developers to plan the layout and interaction of the application features. With a wireframe, you are better equipped to appreciate the app’s functionality rather than be distracted by the colors or the non-essential elements.

Outsourcing certain aspects of app development can help your team concentrate on the app’s specific needs. Developing the entire app in-house is undoubtedly a great idea, but outsourcing the same is a better choice if the app has any special requirements or skill set. Additionally, you can think of outsourcing when your app has ‘small elements’ or extra features that can impact its release. It is especially true when you are chasing tight schedules.

Agile development shortens the release cycles, increases the delivery frequency, and improves communication between the developers and the app owners. In agile work philosophy, app development is broken down into concepts that prioritize time, efforts, expenditure, and features. Additional features are added during the subsequent 3-4 phases after initially releasing a minimum viable product. This development method speeds up the entire process dynamically as it provides customer feedback at every stage so that effort doesn’t create unnecessary features.

Releasing applications on a single platform will restrict the reach of the app. However, it is not easy to create apps for multiple platforms without using extra time and resources. One solution to this problem is to develop numerous codebases for various platforms at the same time. Nowadays, we have access to cross-platform tools that can simultaneously target multiple platforms using the same codebase. It reduces the time spent rewriting and recompiling the code.

It is essential to subject the application to rigorous testing before releasing it in the market. However, testing can be a time-consuming process. Some tools can automate the entire testing process without investing much time and human effort. In fact, with automated testing, you can subject the app to simultaneous testing on multiple parameters.

Another method of speeding up the app development process is by using off-the-shelf components. It is not necessary to create each element of the app from scratch. You can use market-ready solutions to develop the app. This way, you can boost the development process dramatically.

As vital as it is to create a quality application, it is equally important to release it at the earliest. Time is a crucial asset that has to be managed well. You will only be able to capitalize on an app’s success if it is released on time. The longer it takes for you to release your app, the more challenging it will be to validate its features and performance.

You can either look for high-performing external teams that come with hands-on experience in developing apps or go in for in-house teams to design the app. Either way, you should aim to develop a quality, feature-rich timely application that serves users’ purposes.

Whether you will implement MVP or focus on building a wireframe design, you can certainly reduce the mobile app development time with these ideas.

How To Delete Your YouTube Channel permanently and Hide It Temporary 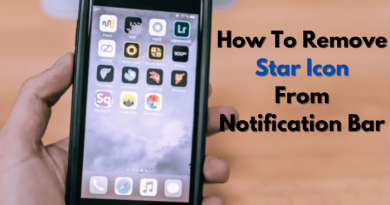 How To Remove Star Icon From Notification Bar In Android Phones