Looking for the best iOS emulator for Windows PC or want to run a mobile app on your desktop/PC? if so then you’re in the right place. There are many benefits, using android or iOS emulator operating systems such as duplicating the actions of your mobile device with no extra hardware costs. And if you don’t have an Apple product, you can enjoy all the iOS apps and games too. What you’ll need is a platform capable of emulating the iOS software on another OS. You’re all set to go once you download the iPhone emulator for your Mac. Even though you can run various games such as PUBG and Pokemon.

While there are dozens of worthy Android emulators out there, such solutions are not common for running iOS apps on both Windows and Mac. To help you out I have been curating a list of the best PC and Mac iOS emulators. In this article, most of the listings are free of charge and others allow you to use the emulator program for a given trial period.

First, we let you know iPadian is a simulator, not an emulator. It provides you the impression that you are using the iOS to see and feel the difference between Android and iOS. iPadian does not create a local iOS version on your device or computer. iPadian won’t let you access the iOS app store. With the help of iPadian, you can run only apps that designed specifically for iPadian simulators (1000+ Apps and Games) like Facebook, Spotify, Tiktok, Whatsapp, Crossy lane, Instagram, and more can be run using iPadian.

iPadian imitates the appearance, configuration, or basic features of an Apple computer (simulation), while emulators replicate (emulating) the features and behavior of the devices. iMessages are not supported by iPadian.

Appetize is the best alternative to App.io Emulator because of the ease of use this freemium service offers. It enables the user to create and check cloud-storage applications for iOS and Android. In the first place, despite the lack of iOS emulators for PC and Mac, it’s nice to find a workaround that asks you to just upload the app to their website, and you’re good to go. You don’t need to install additional software to run this emulator. You can choose any device, operating system and app version you want.

The developers that use Appetize.ion to stream iOS emulators in the browser for website embedding, testing, or other development phases. It is emulator based entirely online so you need only average Internet speed to integrate with the app. If we talk about their pricing, this iPhone simulator’s free trial period gives you 100 minutes of streaming time for apps. If you exceed that then you will be charged $0.05 per minute after reaching the bandwidth of 100 minutes. Software-

Read More: How To Download PS4 Emulator for PC and Android

Smartface is another great Desktop simulator for your iPad / iPhone. This is widely used to build cross-platform applications. Smartface makes it simple to develop applications on cross-platform technologies for iOS and Android on Windows, with a new viewpoint. Smartface lets you emulate your iOS and Android app with a single click on a Windows PC. You can download the Smartface app from the iOS store and connect with your device to your windows machine. Make sure that you have iTunes enabled to recognize your Apple device for your Laptop, and then start creating a native Smartface application.

The smartface emulator fits well When Compared with the iPadian. You can choose either a free or paid version. The Paid version of SmartFace is also available it starts at $99. In paid version unlocks some of the features which will be of great help to developers to instantly check iOS devices.

The simulator helps you to test computers running current and some legacy operating systems such as iOS, watchOS, and tvOS. Each combination of a simulated device and software version is considered to have its own simulation environment, with its own settings and files independent of the others. So, if one uses Xcode as the primary development suite for the app, then it’s enough to emulate different types of interactions such as taps, device rotation, scrolling, and other user-led actions.

Each combination of a simulated device and software version is considered to have its own simulation environment, with its own settings and files independent of the others. Mac users can launch their Xcode project apps straight away. The ability to check web apps by accessing Safari inside Xcode is what gives Safari an advantage over other free iPhone emulators.

Testflight is used by developers for beta testing their coded iOS apps using Xamarin. It has advanced support and a user-friendly UI. You can also consider it as the officially recommended method used by Apple to test the apps. This emulator runs smoothly, download and install is very easy. This also provides an external beta testing option for the apps prior to the final review. It supports the iOS, watchOS, tvOS, and iMessage applications for free. You can try other emulators from the list if you want to test lower version apps or can only be tested using iOS 8.0 or above.

If any of your applications will be released in the App Store, you can check the beta app’s prototype using this emulator before it is launched. This emulation service’s downside is a comparatively technical setup, and an App Store distribution profile needs to be created too.

Electric Mobile Studio is a paid emulator to run iOS apps on Windows computers. It is best but considered to be a little expensive that costs about $39.99 a month, which is high for an emulator, but they offer a complete 7-day free trial. Electric Mobile Studio can help us develop ios apps using various coding languages. The highlight features include full-fledged emulation of iPhones, iPad, and mobile devices.

The ability to use the same software for different offices and home work setups on two computers. Many Developers prefer this iPhone emulator for Windows 10 due to the integrated WebKit and Chrome debugging tools. If you’re a Windows user then you can easily integrate this tool with Visual Studio for iOS apps as well. They have a Powerful Command Palette is Just one Click.

If you haven’t been impressed by emulators above then you should check this one. It has a simple and easy to use interface, you can also debug that.  This simulator enables the user to test the software and also allows debugging it using the Windows Platform version of Visual Studio Enterprise. To those who want to check iOS devices on Windows PC it is the perfect option. They have some good features such as you can enable the Touch ID-like functionality from Settings, simulate static and moving conditions, shake gestures, rotation, etc. All over this Emulator is fanatastic for your windows 10,8,7.

Another Ripple is the Extension available in browser Google Chrome that you can use as an iOS emulator. It’s common for a testing platform for mobile and HTML5 applications. Ripple aims to support developers by offering functionality such as HTML DOM Inspection, Automated Testing, JS Debugging, etc. You can run the IOS 1 to iOS 11 apps in real-time on various screen resolutions and computers. Ripple is another cloud-based iPhone emulator that supports almost all iOS apps. Even you don’t need to restart this iOS emulator for your computer if you select a new device, which makes the experience pretty convenient. If you’re looking for an emulator based on a browser then go with Ripple.

Bluestack app player is one of the most popular emulators for both iOS and Windows. Other hands you can’t download Bluestacks for iPad, but you can install this emulator on your Mac. Apple products are incompatible with competing to Android apps and products, but Bluestacks App Player for iOS lets you run your favorite android apps from your stationary MAC.

unfortunately, you can’t download the iPad version and extend the capabilities of your new iPad 2 or iPhone, but you can install this powerful App Player on your MAC. The new Bluestacks App Player version for iOS is capable of running a multitude of popular games and applications among Android users. Download it for free, and enjoy all of your favorite iOS system games and apps.

Another most popular apple emulator is MobiOne Studio. You can create, update, and edit programs for multiple mobile platforms, such as iOS and Android. The cross-platform development is also possible because the apps created are based on the HTML5 hybrid-native model, which is supported by the Cordova / PhoneGapTM open-source code. you can download MobiOne Studio 2.6.2 latest version for free.

The emulators that helps us to run iOS games and Windows device applications. It has an outstanding user interface and user friendly design, where after working on it, you can quickly understand the emulator. But, a few years ago, the service was stopped. You can still use it on this emulator to run beta-apps. I highly recommend this Apple Emulator for testing purposes for developers.

There are tons of emulators are available on the market but few like iPadian, Mobione , appetize, smartface, iOS Simulator in Xcode are very popular. I hope it’s useful to find your favorite iOS Emulators for windows above listing. This list is based on popularity and accessibility of use. If you want to miss any iOS emulator for pc, let me know.

Must Read: How To Run APK files On PC Without Emulator 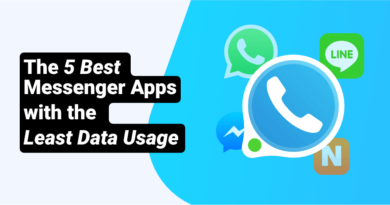 5 Reliable Ways to Spy on A Mobile Phone 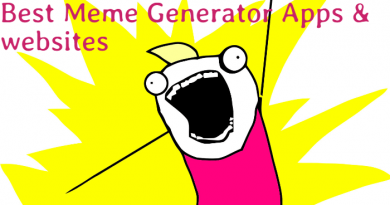 Nowadays, Finding decent meme generator apps on the internet is a difficult task. We know that there are many meme