Looking for the best Plex alternative for your media files to be handled, played, or shared? With a client-server model, Plex is a media player system. All content is stored, organized and streamed by Plex Media Server and the clients are the playback applications that run on a myriad of devices and web browsers.

You will no doubt eventually come across Plex if you are searching for a suitable management platform for your media files. Plex, which was released in 2007 as a freeware project, has an incredible array of services and is undoubtedly one of the best media centers of all time. Plex users can play online content directly via various streaming sites and services, such as Netflix, YouTube, Hulu, or Vevo.

What are the best plex Alternative?

There are many websites like plex available on the internet but if we talk about Cost and compatibility plays an important role when it comes to selecting the right media center.

In this article we will help you to find the acceptable Plex alternative, here are some interesting examples of the best media centers. So let’s start

MediaPortal is a free open source plex alternative media centers program suitable for turning your PC into a very sophisticated multimedia center or home theater PC (HTPC). You can listen to your favorite music and radio using MediaPortal, view your videos and DVDs, or watch, schedule and record live TV, just like a digital video recorder like TiVo, but better than that. And that’s just the fundamental functions.

It includes a 10-foot user interface for standard PVR/TiVo features, including live TV streaming, stop, and recording; DVD, video, and music playback, image viewing, and other functions. Plugins allow additional tasks to be performed, such as watching video online. It is a good plex altenative

Mezzmo is the greatest media server for streaming your UPnP and DLNA devices with movies, music and images. No other Windows-based media server offers as many sharing features for digital media and is as easy to use as Mezzmo. You can stream all your music, movies and photos from your computer to your TV, home theater, games consoles and digital media appliances through Mezzmo’s media server.

You can Merge folders from multiple NAS drives, USB drives and internal drives. When decoding your video files and encrypting your video files, Mezzmo supports hardware acceleration. Also, you can add all your folders and media files the way you want. With the help of the Mezzmo Android app and Mezzmo server, you can stream movies, TV shows, home movies, music and photos to your Google Chromecast dongles.

Stremio is a open-source modern media hub, allowing you the right to watch anything you want. Movies, television shows, online channels, sports, TV channels, podcasts and more. You can access a range of content. It has amazing features like all of your video content on one screen. With a single click, add any title to your Stremio library and find your way through your stuff, neatly ordered by type or alphabetical order.

You can track everything you watch like movies and series you add to your library.  As an alternative to Plex, the easy-to-use open-source media center focuses fully on the organization of video content and integrates video-on-demand services such as Netflix, Amazon Prime, etc. When building the library, video clips, shows and movies on your own computer are also taken into account. The open-source platform is just as well set up as Kodi in terms of compatibility: desktop versions for Windows, macOS, and Linux are available, as well as free Android and iOS apps.

Kodi (formerly XBMC) is a free and open source media player software program created by a non-profit technology consortium, the XBMC Foundation. It is available with a 10-foot software user interface for use with televisions and remote controls for various operating systems and hardware platforms. It enables users to play and access most streaming media, such as Internet videos, music, podcasts, and videos, as well as all common digital media files from local media storage and network storage.

Plug-ins allow users to use online services such as Amazon Prime Instant Video, Crackle, Pandora Internet Radio, Rhapsody, Spotify and YouTube to access streaming media content. Depending on the chosen add-on, the TV feature allows users to watch certain TV broadcasts that may be transmitted via DTT, ADSL, cable, or Internet streaming. A main feature of Kodi is the Video Collection, one of Kodi’s metadata databases. With the use of CxImage open source library code, Kodi handles all popular digital picture/image formats with “Ken Burns Effect” panning/zooming and slideshow options.

Universal Media Server is a free Media Server for DLNA, UPnP and HTTP/S. It support major operating systems, with versions for Windows, Linux and MacOS. With little to no configuration, the program streams or transcodes several different media formats. It is operated by FFmpeg, MediaInfo, OpenSubtitles, Crowdin, MEncoder, tsMuxeR, AviSynth, VLC and more, which are combined to provide large ranking support.

Both DNLA (Digital Living Network Alliance) and UPnP (Universal Plug & Play) are supported, enabling music, videos and images to be easily streamed on all devices that operate according to these requirements (this includes PS4, Xbox 360, iPhone, Android devices, and various smart TVs).

If you’re looking for a decent alternative to Plex, there’s no way that you’re going to come across Emby. The largely royalty-free (GNU-GPL) application, which has been maintained by Emby LLC since 2015, offers all the functionality you might need to organize your media files across multiple devices, beginning with a free media server for Windows, macOS, and Linux, as well as NAS and docker platforms.

This is not only about filling the library, but also about finding the perfect configuration to transcode the content. Different user profiles, including access authorizations, may also be developed.

Stream personal and web media from your PC to TV and smartphone (via DLNA / Web), including premium web content. Also you can Mirror your PC screen, including full-screen games, videos and ANY web content, to TV and mobile. There is no better way to play and view your entire media library on your iPhone with a super easy user interface and ultrafast navigation and scan.

All the advantages of the free app, without advertising and with extra features such as sharing photos with friends, saving photos to the camera roll, and saving on-the-go access to any media on the phone. In the background, encoding photos, songs, and videos occur automatically, ensuring that your collection is still up to date.

This is a media server that is open source and freeware for UPnP. It has a user interface that is straightforward on the web. MediaTomb runs on a server platform for UPnPMedia that offers access to various forms of digital media files that can be streamed to the home network. It allows users to stream digital media to devices compatible with UPnP, such as PlayStation 3 (the Xbox 360 is not yet supported).

There are some options, such as FUPPES, ps3mediaserver, and uShare. The ability to configure the server layout based on extracted metadata (scriptable virtual containers) is one of MediaTomb’s defining characteristics; MediaTomb is extremely versatile.

Serviio is a freeware media server that allows users to stream music, video or image files on home network computers to DLNA-compliant TVs, game consoles, Blu-ray players, game consoles and Android or Windows Mobile devices. It also has a $25 “Pro” license that will allow users outside the home to access their libraries.

In order to allow streaming on slower broadband networks, this license also enables dynamic transcoding to convert higher bit rate video or audio files into lower bit rate formats. Another paid feature is the media browser that allows users to stream content to a web browser (desktop or mobile) at home.

Windows Media Services (WMS) is a Microsoft streaming media server which allows streaming media (audio/video) to be created by an administrator. Support is only offered for Windows Media, JPEG, and MP3 formats. WMS also has the ability to cache and record streams in addition to streaming, enforce authentication, impose different link limits, restrict access.

As part of a distribution network where each server eventually feeds a different network/audience, streams can also be distributed between servers. Both unicast and multicast streams are supported (a proprietary and partially encrypted Windows Media Station (*.nsc) file is also used for multicast streams).

Can I watch free movies on Plex?

Plex has officially launched its ad-supported streaming service, which offers free access from both major studios and smaller indie producers to movies, TV shows, and documentaries.

How do I watch movies on Plex TV?

Plex is one of the most common applications for organizing your own set of multimedia on PCs, smartphones, and other devices, but when it comes to accessibility and streaming quality, there are a variety of good alternatives that do not have to hide behind the mainstream media centers. In this article we have discussed the plex alternative all these sites are good and working similar to the plex. So don’t waste you’re time searching for an alternative to plex check out the above list definitely you will get your answer. 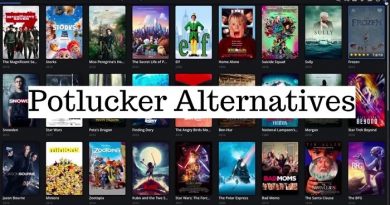 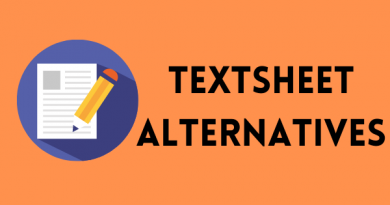 Top 11 Textsheet Alternatives For Students in 2021 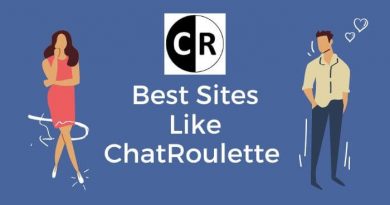 For business emails, GoDaddy Webmail is the finest option. GoDaddy’s webmail service is used by nearly 80% of companies. GoDaddy