They say love is unconditional, but that was back in the day. Now, it’s all about involving the third eye as you enter into a relationship. Are you skeptical about your girlfriend? One of the ways to prove or disapprove your doubts is spying on her text messages.

The question is, how do you do that? Do you have to involve an IT guru in my affairs? How technical is it? Here we are going to explain every answer to those questions. In the end, you will find that it’s elementary to spy on girlfriend SMSs without touching her phone.

The phone will always tell you more about the other person. There are so many hidden conversations that go on in there. So if you want the text messages, they are still in use, and you will have a lot to uncover.

What’s the secret to revealing them? It’s installing the ClickFree application on her phone. This is a software that has spied on millions of other phones in more than 190 countries. The fame continues to glow in major news outlets such as Life Hacker and Tech Radar.

That means it will also help you intercept your girlfriend’s messages just like it did for the masses out there. ClickFree will work on both Android and iOS phones without any rooting or jailbreaking.

So after the setup, your girlfriend will not wonder what happened to her phone. It has the cutting edge technologies that don’t require the alteration tricks to make it work. It’s also never visible, thanks to the stealth mode operation.

When fetching the messages, ClickFree works in the background with the icon hidden. It will then deliver the contents to your online account. By the time the app is getting the information, you will already have an account.

In there, it shows you all the sent and received messages. More to the details also involves the contact details and the timestamps. If you are asking how can I see my girlfriend’s text messages using ClickFree, then that’s very simple.

The results will be in your online account. Next, ClickFree has a web-based dashboard that works with all browsers. So, you can log in anywhere to see the updates as long as you have an internet connection.

Since you are spying, you may also worry about others spying on what you got. ClickFree has a security protocol that makes sure you are the only viewing what you are spying. It does that by using its cloud as a syncing medium.

So, you get the information when you log in, but it not there when you logout. Does that sound like an excellent securing move? If it does, here are the steps you need to start spying the messages.

Part 2: How to Spy on Girlfriend’s Messages Using ClickFree

Steps to Start Spying the Messages

Step 1: Visit the ClickFree website and create an account using your email and a chosen password. Next, choose your girlfriend’s phone’s operating system and proceed to pay for a suitable subscription.

Step 2: Once you complete the transaction, you will find an email in your inbox confirming the payment. Use the instructions sent there to set up ClickFree on her phone.

Step 3: In Android, use the sent link to install ClickFree on her phone and activate stealth mode.

In iOS, login to your account after the email and verify her iCloud ID. Next, select the device she is using and wait for the synchronization.

Step 4: After the setup, re-access your account to see what has been fetched.

To spy on her messages, click on ‘Messages’ and ‘iMessages’ to view the ClickFree discoveries.

NB: In iOS, you will get even the deleted iMessages since ClickFree spies via the iCloud.

Part 3: Why Is It Easy to Spy on Your Girlfriend’s Messages Using ClickFree?

As you have seen, the steps consist of a procedure that you can easily follow without any problems. Other qualities that make ClickFree easy to use include:

–Quick setup: You need less than five minutes to acquire the app and start spying on the SMSs online.

–Stealth mode operation: Your girlfriend will never see the app on her phone. It will be hidden, working in the background.

–Safe-to-use: it does not need any rooting or jailbreaking. Therefore, it will not compromise the phone’s warranty or change how it works.

–Real-time results: Your account will be receiving the messages as soon as they are updated on her phone.

–Reliability: ClickFree does not drain the phone’s battery when fetching the messages. In Android, it occupies less than 2MB memory space. In iOS, it uses the iCloud to spy.

–Remote uninstallation: This is one of the few apps that you can uninstall without touching your girlfriend’s phone. The uninstallation happens online via your account.

–No hidden fees: Once you pay for the subscription fees, you get the whole ClickFree package with no other payments after that.

–More features: You will spy on more than the SMSs with this software. Therefore, there are other things to explore, such as calls, location, and social media.

Now, is it hard to spy on girlfriend text messages without touching it? If you can read the instructions and follow them, then ClickFree is your best bet. It will never ask you for complicated techniques, and it’s also hidden.

Therefore, it’s all about straightforward instructions and effortless spying in your online account. If you have any questions about spying on SMSs, get to the comment box below. We will get back to you as soon as we can.

How to Create a Meme Animated GIF 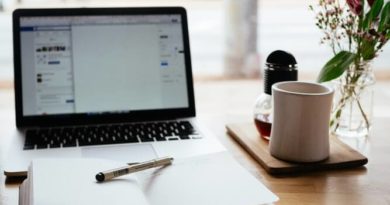 Today there are Chatroulette has 1.5 million users around the world. If you one of them and Looking for Sites

CompTIA Network+ Certification – Is It What You Need for Your Next IT Job? Take Practice Tests to Earn It Easily!