A Virtual Private Server also called a Virtual Dedicated Server is essentially a partition of a physical server that is capable of independently running an operating system and applications. It is increasingly becoming the preferred choice of web developers and businesses across the globe that do not have or want access to physical servers for running their applications. Such users often have to choose between a shared server and a Virtual Private Server to meet their business requirements. This blog explains the intricacies of a virtual dedicated server, its advantages, and disadvantages along with some alternatives.

What is a dedicated virtual server?

A dedicated virtual server is a compartment on a physical server, that to the end-user looks like an independent server. It is, in fact, operating on the physical server along with other dedicated servers that are allotted to different users. Each dedicated server has its own operating system and runs a different set of software along with unique user data. It is likely that the customers will share certain hardware components such as server nodes.

A Virtual Private Server is rendered with the help of virtualization software that divides the physical server into several virtual machines, each with its own operating system and capability to be modified as per the client’s requirements.

When businesses use dedicated virtual servers

Businesses have several advantages of using a virtual private server. Below are some of the most important advantages.

While dedicated servers might still be in vogue for various reasons, virtual server hosting is by far the more affordable alternative. Importantly, it provides root and admin permissions that are not available with shared hosting. It offers greater flexibility than shared hosting while not increasing the costs substantially. Businesses get their own dedicated memory and bandwidth allocation within the virtual network.

Despite supporting multiple tenants, virtual machines can only access the operating system, not the server itself. In other words, one VM cannot interfere with the operations of another VM even when both of them are on the same server. This ensures that data privacy and security are guaranteed for each user.

Dedicated Virtual Server Hosting makes it possible for end-users to run applications that require greater technical flexibility than a shared hosting plan would allow. With full root-access that permits installation and deleting of software, along with the ability to set permissions and even rebooting the server, a virtual private server is a much better choice than both shared hosting and on-premises server especially because it allows users to add File Transfer Protocol sites, mail servers, and customized applications and databases while hosting several domains on the same VM.

When is a Dedicated Virtual Server not the best option

The other concern is about security. Although VMs do not interact with each other, there is a certain degree of risk involved in sharing resources. That problem too can be solved by opting for a cloud hosting solution like Windows Virtual Desktop that provides good security and control for meeting compliance and regulatory requirements.

A virtual dedicated server is the best option for businesses that require to handle relatively heavy tasks that cannot be handled by shared servers but do not have the budget to purchase and maintain their own servers. A cloud hosting solution would be the better choice for higher scalability and security requirements. How Scheduling Software Can Improve Your Business Scheduling Department? 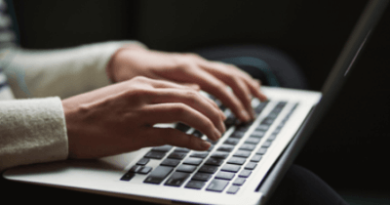 3 Most Robust Web Scrapers on the Market Currently Couchtuner is one of the popular websites or platforms to watching online TV Shows with full episodes, series and movies

11 Best Sites Like KissCartoon to watch Cartoons for Free

Today, most of the people like to watch online movies without any pop-up ads. Watching movies on TV or DVD